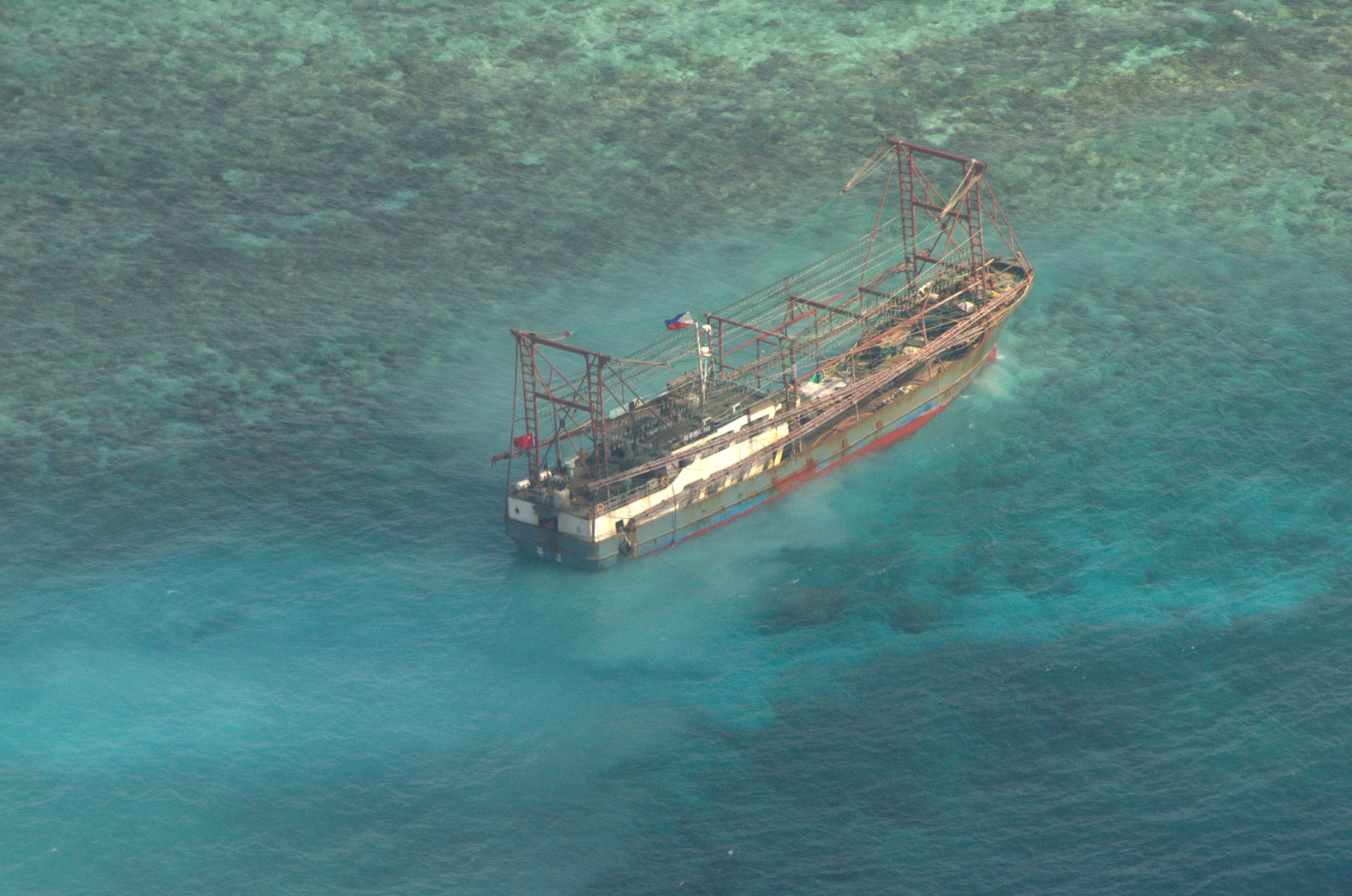 Today the Chinese fishing vessel (bow number 63168) remains on Tubbataha’s North Atoll where it ran aground on April 8, 2013.
Photo taken on10 April 2013 by Naval Forces West

The 12 Chinese fishers arrested in Tubbataha on April 8 are being detained in the Provincial Jail of Palawan after an inquest this morning at the Provincial Prosecutor Office, Puerto Princesa City.

The Tubbataha Management Office has filed cases against the 12 Chinese nationals at the Regional Trial Court for violating Section 27 of Republic Act 10067 (Poaching by Foreigners) and Article 212 of the Revised Penal Act of the Philippines, for attempting to corrupt public officials.

On 10 April, the Executive Committee of the Tubbataha Protected Area Management Board met to plan to remove the grounded Chinese fishing vessel. It was decided that the Philippine Coast Guard (PCG) will remove the fuel from the 500-gross tonne fishing vessel and attempt to float it off the seabed. PCG vessels BRP Corridor and BRP Romblon have been deployed for the operation and will arrive in Tubbataha on April 13.