An average of two sharks are observed every hour in the remote underwater video (RUV) footage taken in Tubbataha – this is today’s update from Marine Park Ranger Noel Bundal on the on-going Tubbataha Elasmobranch Research.

From 16 to 19 March, the RUV units recorded a total of 36 individual sharks from 18 hours of video footage.  This comprised of whitetip reef, gray reef, blacktip reef, scalloped hammerhead, and tiger sharks.

RUV deployment was hampered by unfavorable weather conditions in the park.  The last deployment was on 19 March.  The team, headed by Mr. Ryan Murray, will try to deploy RUV units today on the dive site called South Park, which lies southeast of the Ranger Station.

On 17 March 2015, more RUVs were deployed by the shark research team headed by LAMAVE Project Director, Ryan Murray, at the Tubbataha Reefs.  With him are marine park rangers from the Philippine Navy, Philippine Coast Guard, Municipality of Cagayancillo and the Tubbataha Management Office.

Yesterday, two baited remote underwater videos (RUV) were deployed north of the North Atoll in 40 to 50 meters of water.  One video captured the image of a tiger shark and another recorded 11 adult gray reef sharks.

From the diving operators and tourists we heard of the sighting of a thresher shark in the vicinity of Black Rock, a dive site north of the South Atoll. Jan Beelen, Cruise director of Philippine Siren, reported the sighting. He said another group saw a thresher shark as well but it was hard to determine whether they saw the same individual or a different one. It’s raining sharks! 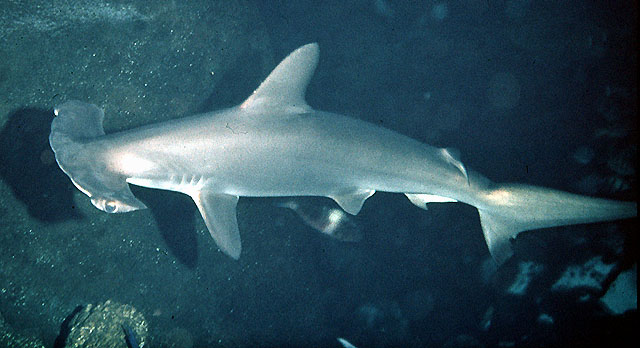 The first remote underwater video (RUV) was deployed at the dive site known as Wall Street at the North Atoll of the Tubbataha Reefs.   LAMAVE Project Director, Ryan Murray, with Tubbataha Marine Park Rangers installed the unit in the morning of 16 March 2015.  The baited RUV was left at a depth of 30 feet for close to two hours and in that short period of time, captured images of 19 individual sharks.  Seven blacktip, 7 white tip, 4 gray reef and one scalloped hammerhead shark were filmed during the period.

Interestingly, the presence of the scalloped hammerhead shark in Tubbataha was previously unconfirmed. The video proves without a doubt that this species thrives in park waters as well.

This is part of the shark research in Tubbataha being conducted beginning this year in collaboration with LAMAVE, a consortium of national and international NGOs with the aim of promoting conservation through scientific research and education.  A shark expedition is in the offing in May 2015.