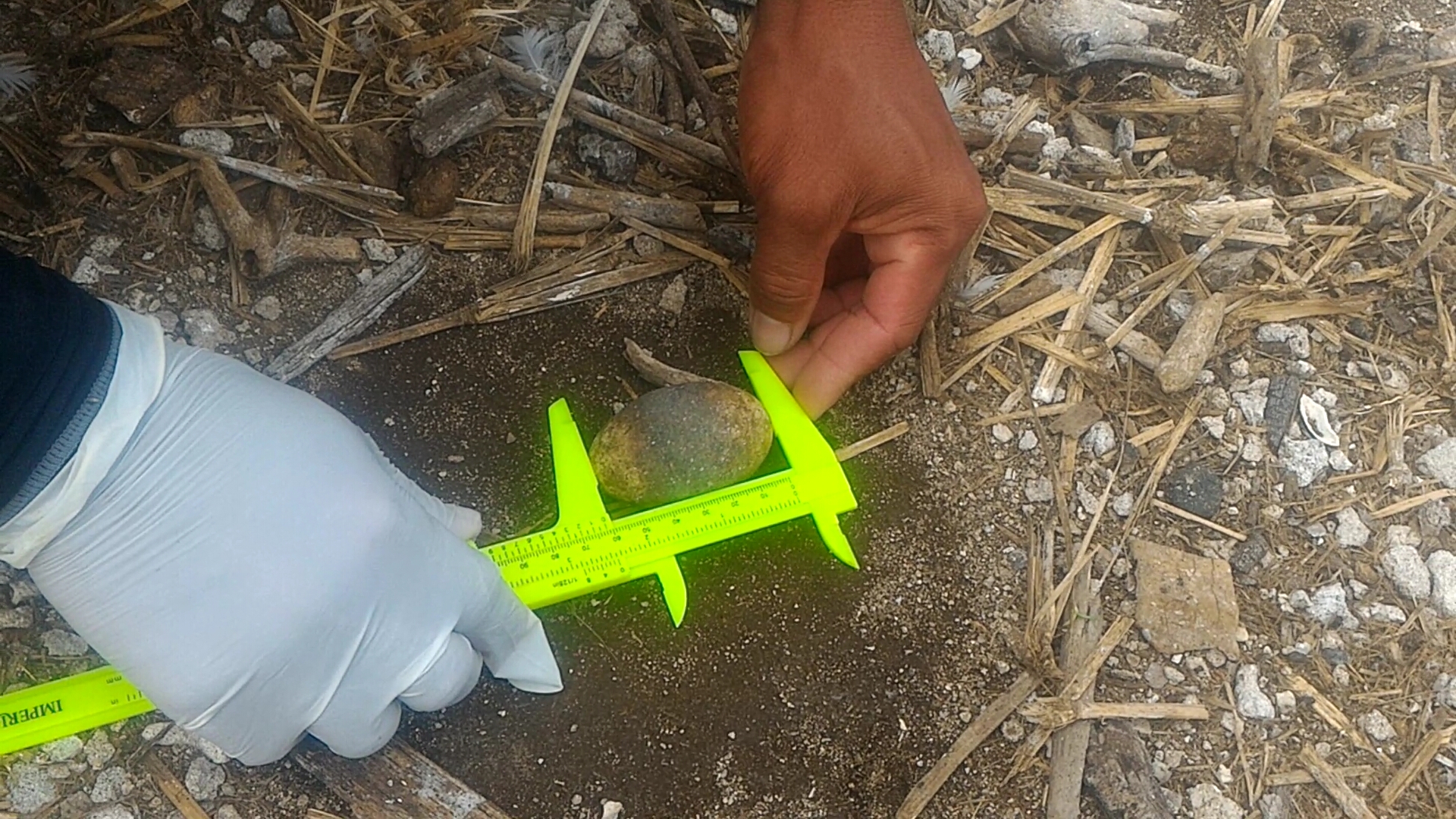 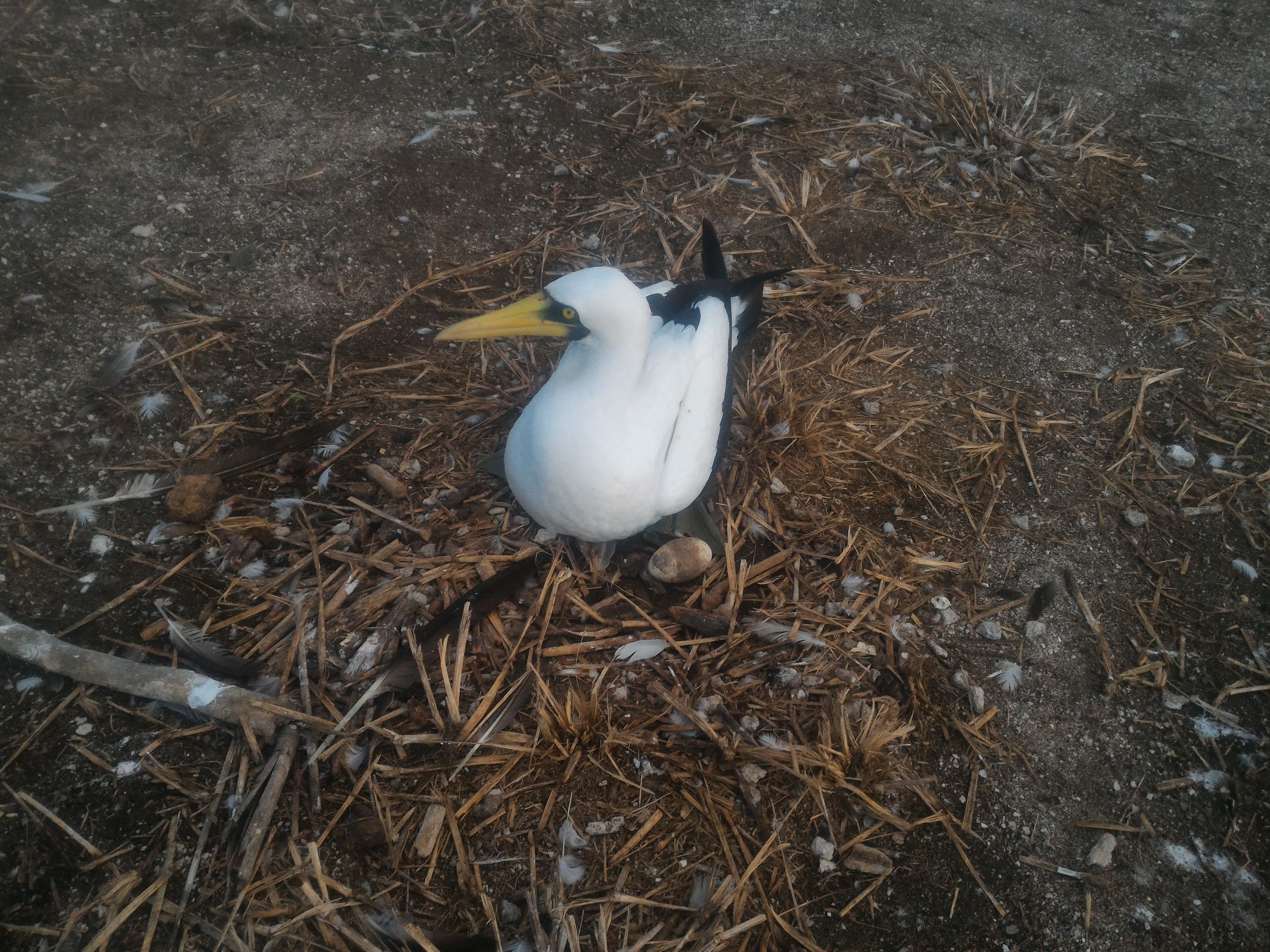 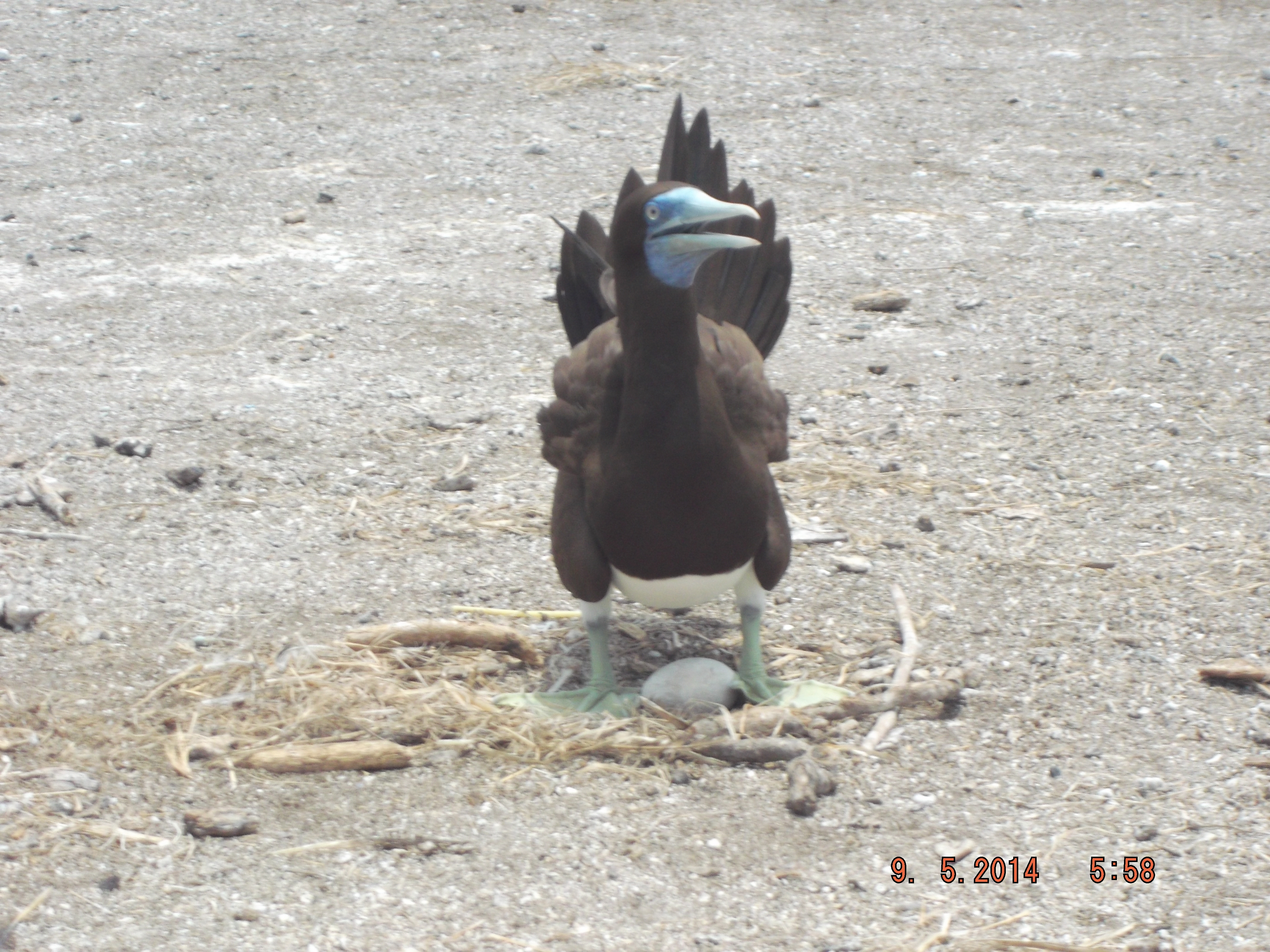 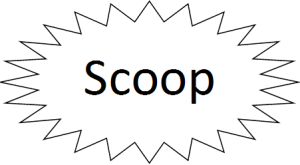 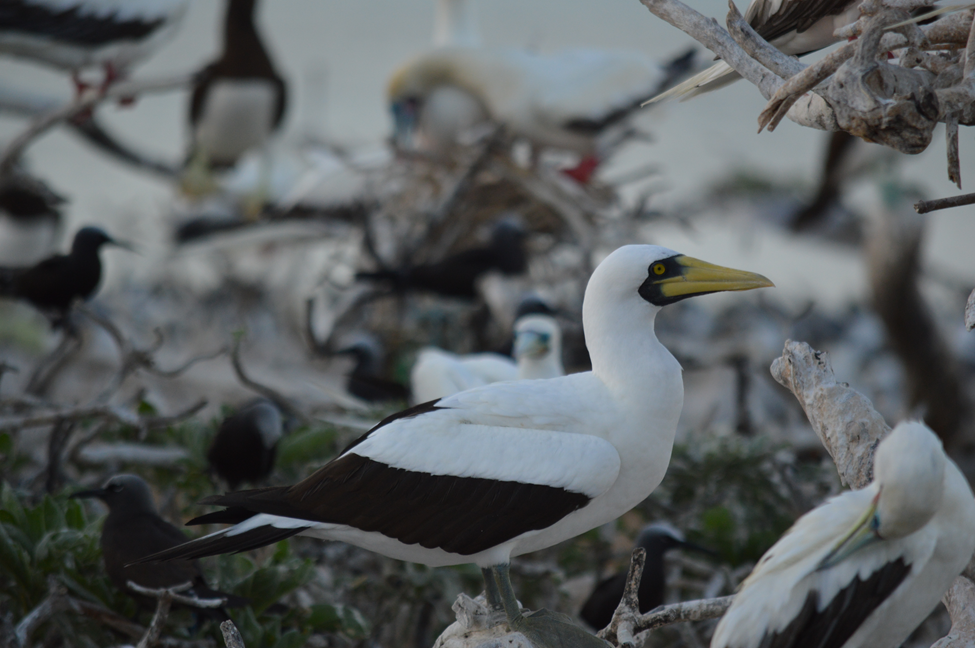 The largest of the booby family, this species has a black mask around its eyes and bill, hence, its name.  Photo by Teri Aquino.

After over 20 years of absence from the Tubbataha Reefs, the Masked Booby Sula dactylatra was recorded at the Bird Islet in the North Atoll of the Park on 11 May 2016.  Last seen in 1995 by divers visiting the Bird Islet, the masked booby was believed to be locally extinct until 11 May, when it made an appearance in the midst of a sea of breeding great crested terns and brown boobies.

Dean Worcester reported the presence of the masked booby in Bird Islet in 1911.  In 1982, Robert S. Kennedy observed around 150 adults.  Over 10 years later in 1992, ornithologist Arne Jensen recorded only one pair with three sub adults.  In 1995, a pair was photographed in the islet for the last time.

The lone masked booby was first observed by volunteer ornithologist Amado Bajarias Jr. of the Wild Birds Club of the Philippines during the 2016 Seabird Survey conducted by the Tubbataha Management Office (TMO) from 10 to 14 May 2016.  The survey was led by TMO consultant Arne Jensen.

According to Nature Works, the masked booby breeds in the Caribbean, across the Pacific Ocean, to Hawaii, Australia, and Indonesia. Occasionally, it can be found in the Gulf States of Louisiana, Texas and Florida.

No population of masked booby is known in the Philippines.  It is still unknown if the lone individual, perhaps a male, will recolonize the Bird Islet. 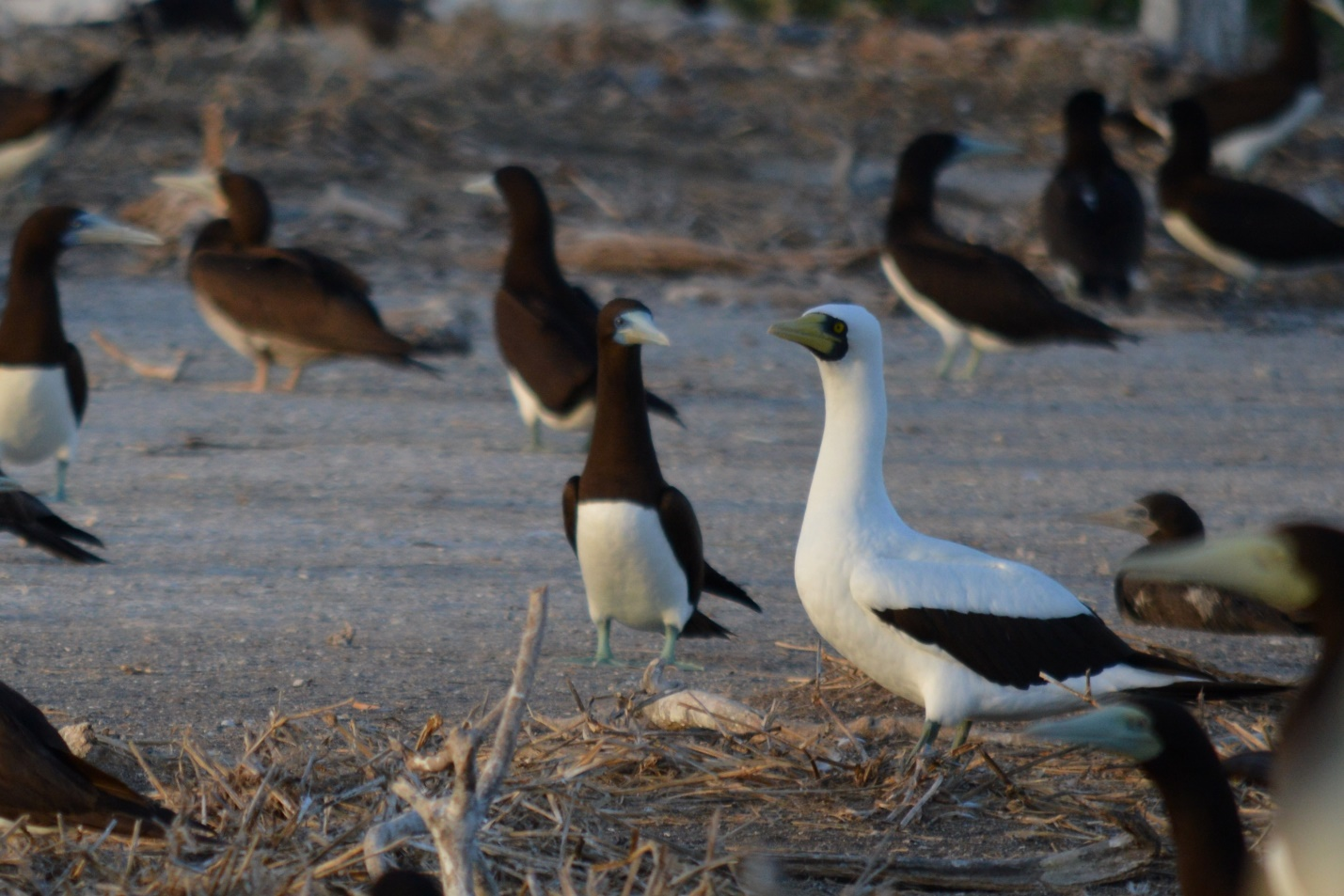 Worcester observed that the masked booby, when it lived in the Bird Islet many decades ago, occupied prime real estate in the center of the brown booby (Sula leucogaster) colony.  Photo by Teri Aquino. 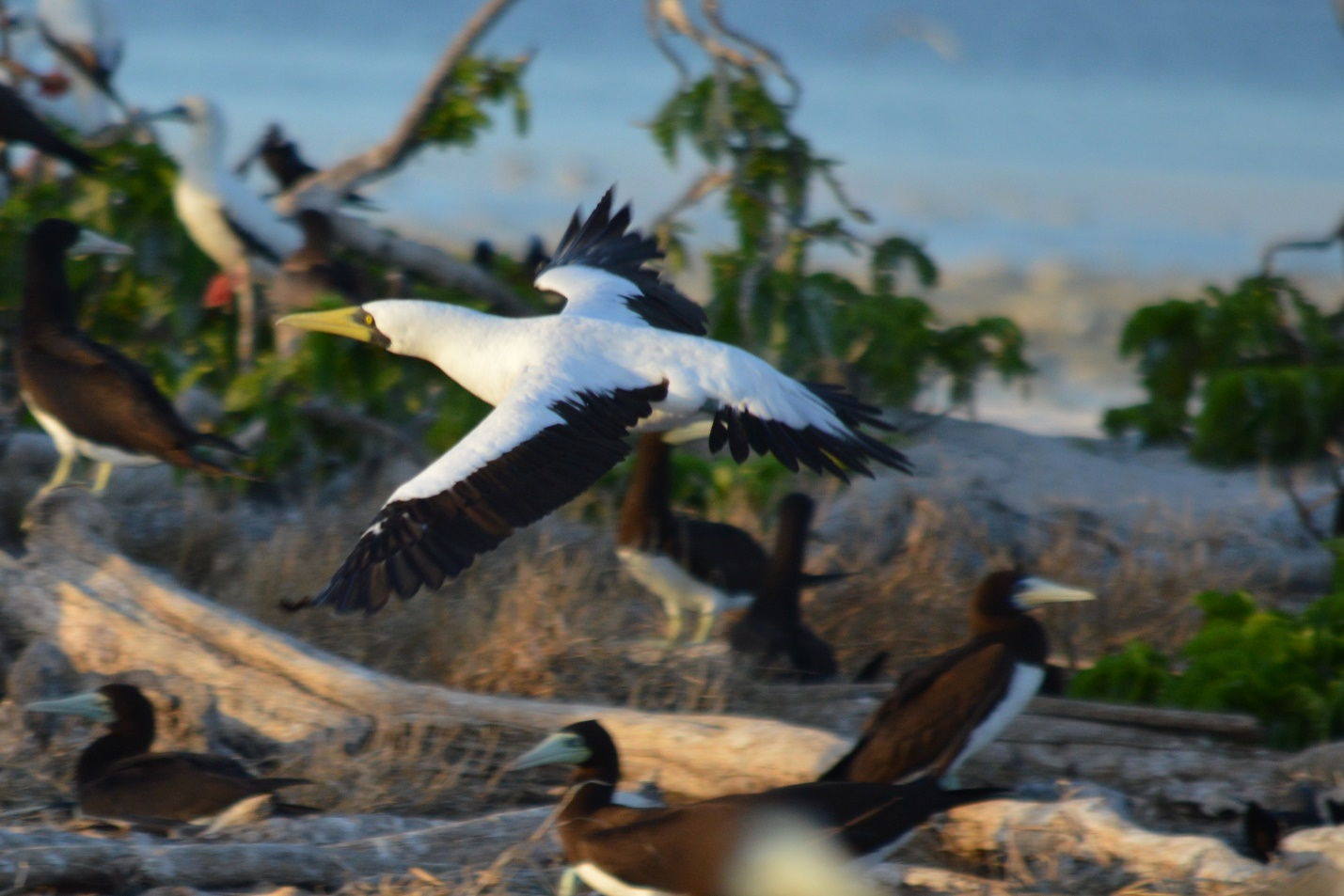 This individual was first observed at 6 in the morning, flew off several times, but was still in the Islet on the 12th of May, when the research team left.  Photo by Teri Aquino. 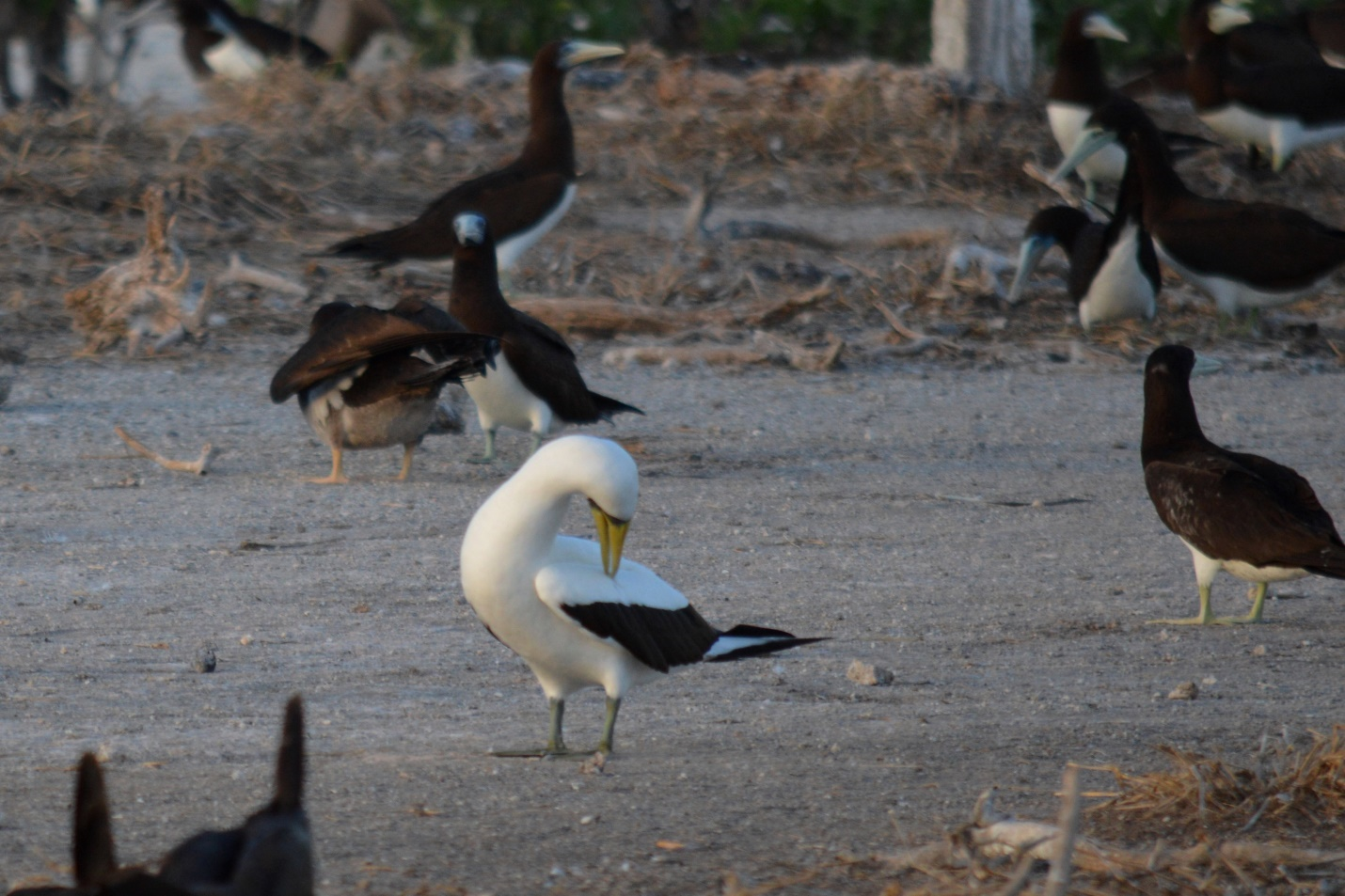 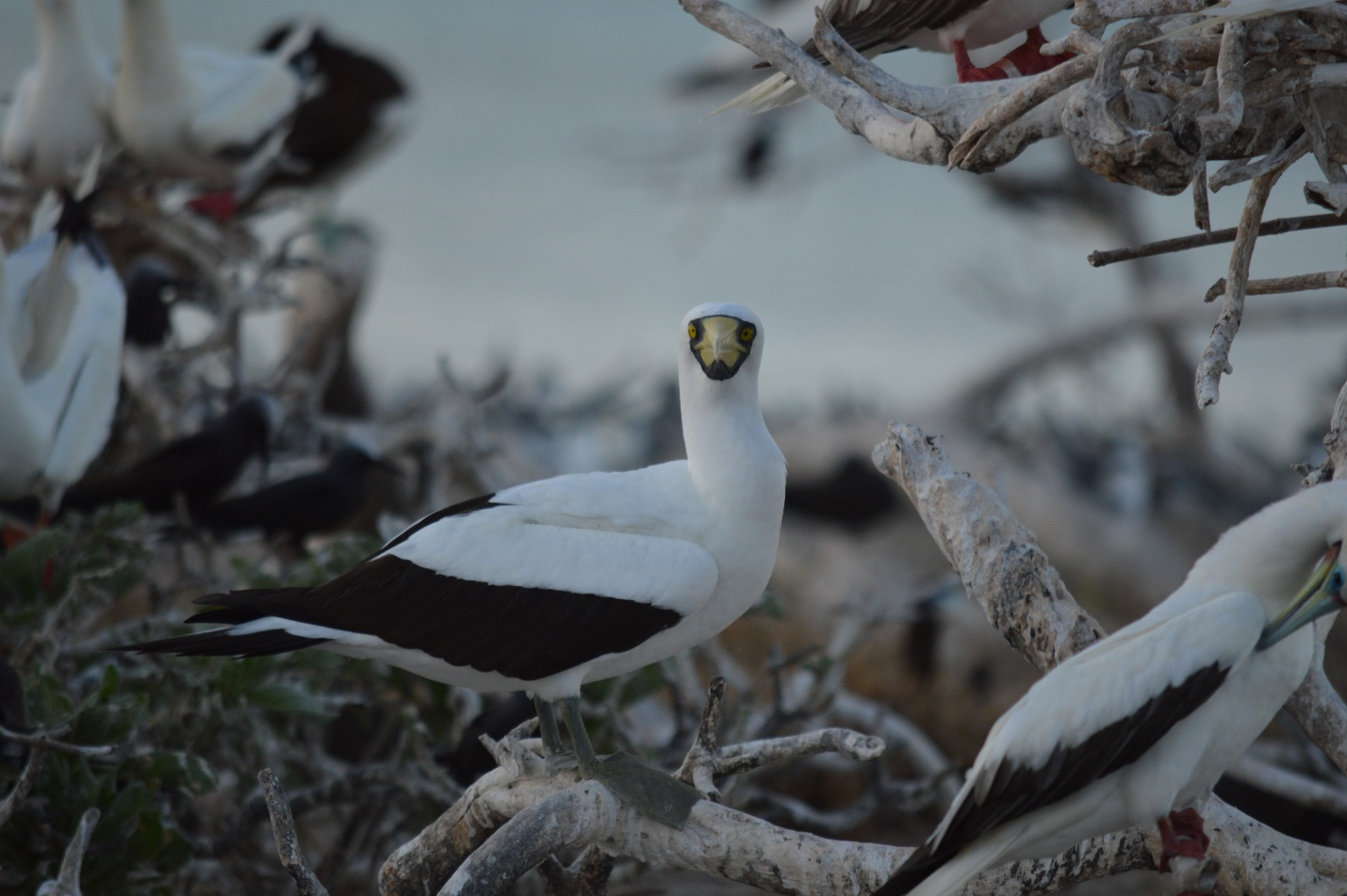