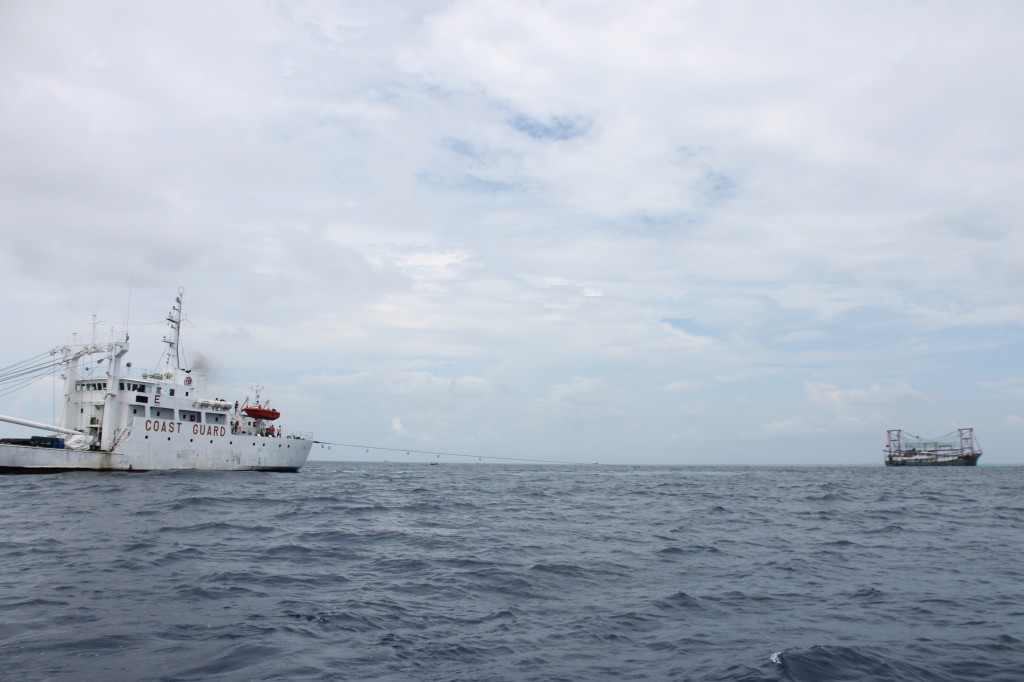 On 13 April, the coast guard arrived in Tubbataha to salvage the fishing boat which ran aground in Tubbataha Reefs Natural Park on 8 April.  Their boat, the BRP Corregidor, failed to remove the grounded vessel even after several attempts to pull it off the reef.

A new salvage vessel from Malayan Towage and Salvage Corporation (Salvtug) will arrive in Tubbataha on 16 April to lead the operation. Salvtug was also commissioned by the US Navy to salvage the USS Guardian, the US Navy minesweeper which ran aground on Tubbataha’s South Atoll on 17 January.

The Automated Rapid Reef Assessment System Project, a research group funded by the Department of Science and Technology, made an initial assessment of the grounding site on 13 April. The team was in Tubbataha at the time conducting an ecological assessment of the ex-USS Guardian grounding site. They reported 2,300 square metres of damaged coral but said that the precise extent of the damage could not be determined until the shipwreck is removed.