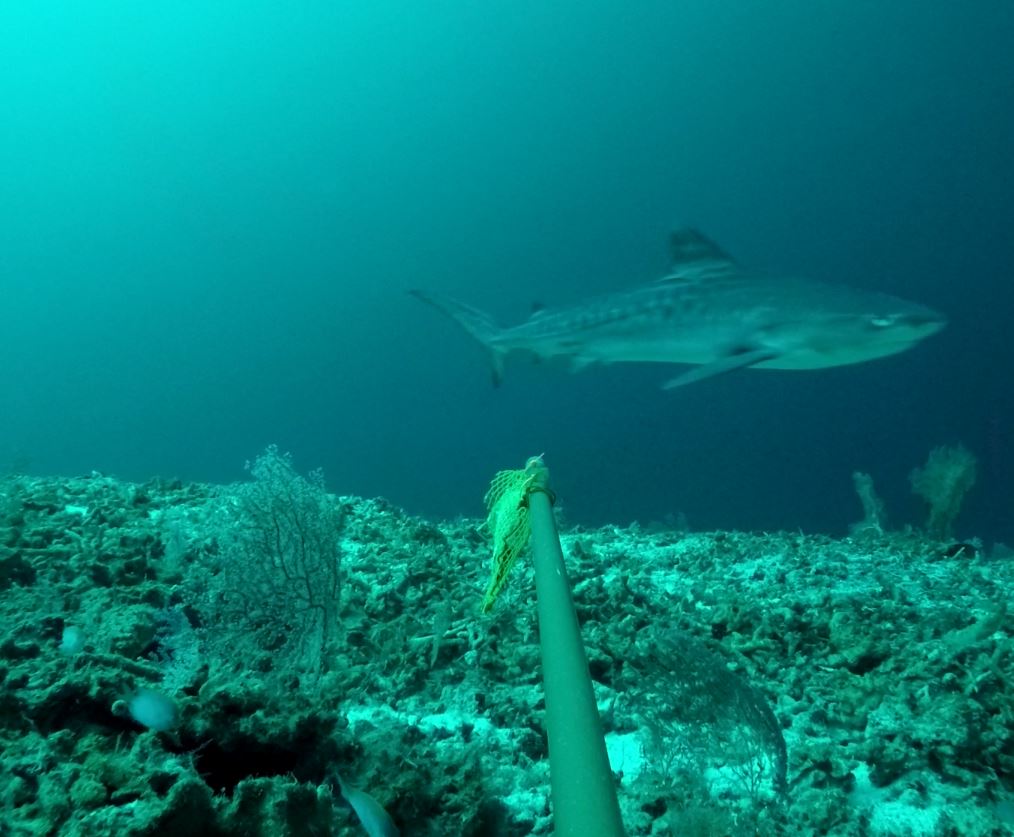 A Tiger shark (Galeocerdo cuvier) makes its presence felt across one of the Baited Remote Underwater Video (BRUV) deployed in Tubbataha on 14 April 2015. (Snapshot from video courtesy of Ryan Murray-LAMAVE)

Five different tiger sharks, with a possible sixth, have been documented and identified since the start of the shark research in the Tubbataha Reefs Natural Park.

Mr.  Ryan Murray, LAMAVE’s project leader who is currently staying at Tubbataha, also revealed that three of the tiger sharks have been recorded in TRNP since at least 2012.  To distinguish between individual tiger sharks, Murray looks for unique features such as scars, bite marks, and color patterns.   The images came from videos and photos from the Baited Remote Underwater Video (BRUV) installed this summer and those shared by tourists and dive operators.   Colin Swerdfeger of Stella Maris, Keith Lapuos of Oceana Maria, Chester Lee of Discovery Palawan, and Giga Songco of Vasco have so far been the leading contributors of tiger shark videos and photos, according to Murray.  Our sincerest thanks for your support, guys!  May your tribe increase.

Murray lauds the participation and support of the diving industry in the on-going shark research.  It can be recalled that LAMAVE, in partnership with the Tubbataha Management Office, requested for the support of private citizens through the submission of images taken in Tubbataha.  Through the contribution of our partners, citizen science is making its mark in helping us better understand the secrets of our seas.