Tubbataha marine park rangers (MPRs) reported possible coral bleaching in the park, which was first observed in July this year. The team of MPRs on-duty surveyed the atolls and took some photos of the bleached corals. These photos were checked and confirmed to be a bleaching event by marine science experts. 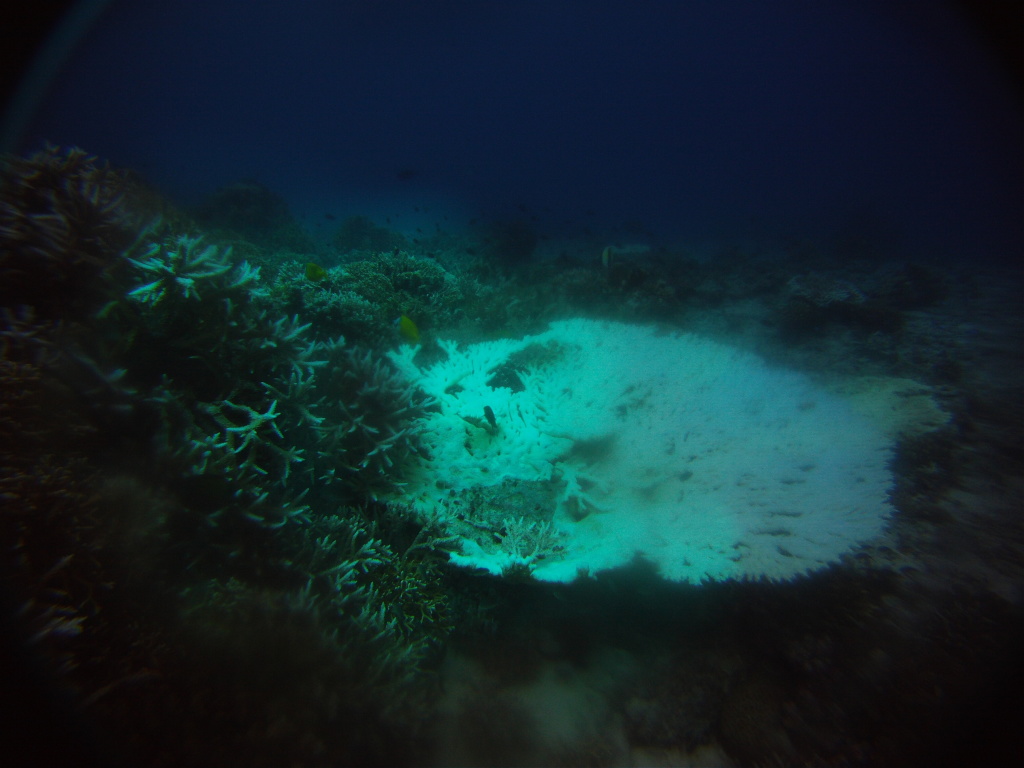 Patches of bleached corals were observed from the dive sites called Amos Rock to South Park and in areas around the Bird Islet in the North Atoll. In the South Atoll, Black Rock to Delsan Wreck showed signs of bleaching and so did the Jessie Beazley Reef. Affected corals were mostly in branching and tabular form and occurs at different depths. More recent report s reveal that some of the bleached corals are now overgrown by algae , indicating that several weeks have elapsed since the occurrence.

The TMO research staff is bound for Tubbataha this evening to further document and record the bleaching event occurring in the park. The team will make use of the Automated Rapid Reef Assessment System (ARRAS) to obtain visual documentation of the condition of the corals. ARRAS is the product of collaboration between the University of the Philippines-Marine Science Institute, National Institute of Physics and the Mapua Institute of Technology made possible by funding provided by the Department of Science and Technology. A report will also be sent to the NOAA Coral Reef Watch, in order to contribute to the global data. 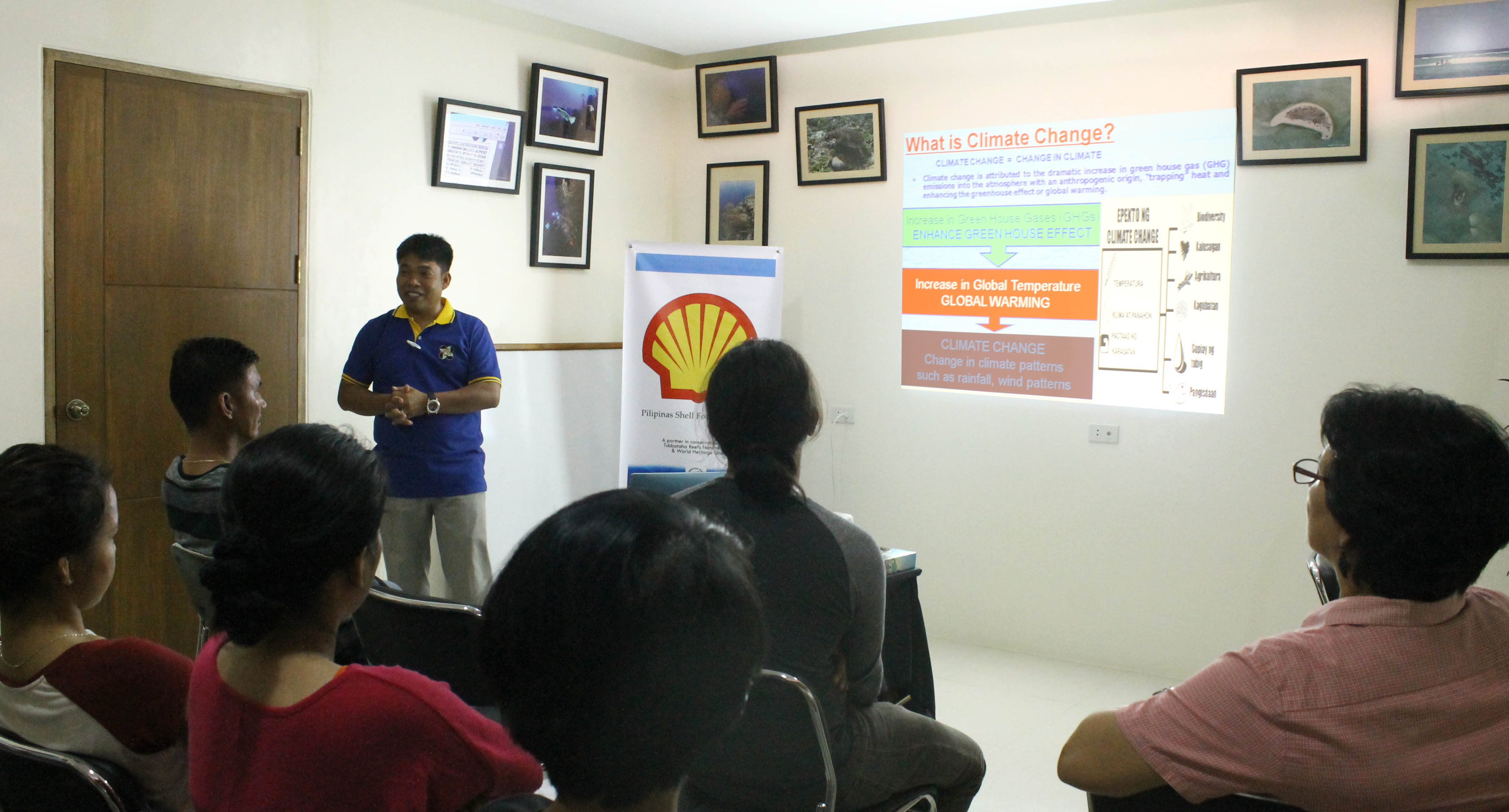 Today, Mr. Sonny Pajarilla, the Chief Meteorological Officer of DOST-PAGASA Puerto Princesa, conducted a training on basic meteorology and climate change for TMO and WWF Philippines Tubbataha project staff. He revealed that international prediction centers have reached a consensus that this El Nino event, which began in November 2014, will persist until February 2016, making it one of the worst El Nino incidents on record.

High water temperatures and ocean acidity are factors that could cause corals to expel their zooxanthellae, leading to a lighter or completely white appearance, hence the term ‘bleached’.