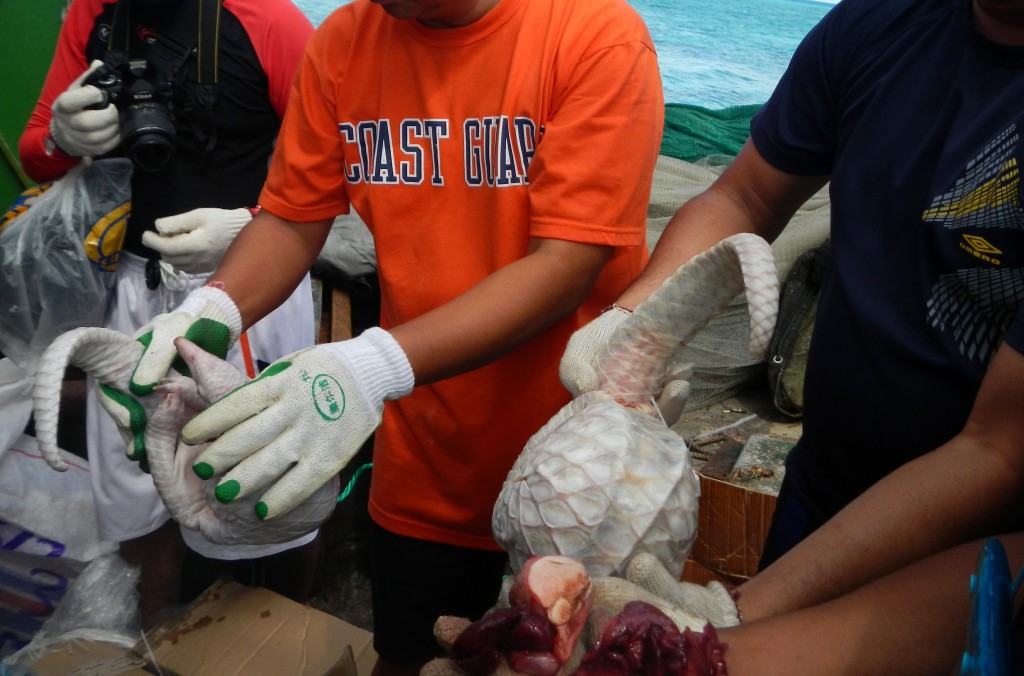 An estimate of 2000 pcs. of dressed Pangolins or anteaters (locally known as Balintong) in the hold of the Chinese fishing vessel arrested in Tubbataha Reefs on 8 April 2013.

The Philippine Coast Guard and Tubbataha marine park rangers have found an estimated 2000 pangolins on the Chinese fishing vessel apprehended in Tubbataha Reefs Natural Park on 8 April. The dead pangolins, otherwise known as scaly anteaters and locally called balintong, are an endangered species.

During an inspection of the hold of the F/V Ming Long Yun on 13 April the team discovered four hundred boxes each containing four or five dressed pangolins. Pangolins are highly valued in China for their meat and scales, which may have medicinal properties.

There are eight species of pangolin under the genus Manis spp., all of which are protected under Appendix II of the Convention on International Trade in Endangered Species of Wild Fauna and Flora. In the Philippines, pangolins are protected under the Wildlife Resources and Conservation Act (Republic Act 9147).

The Palawan Council for Sustainable Development, which enforces the Wildlife Act, is examining the recovered pangolins and will identify the species.

The Chinese vessel is reported to have come from Indonesia before running aground in Tubbataha Reefs Natural Park, a marine protected area in the Sulu Sea.