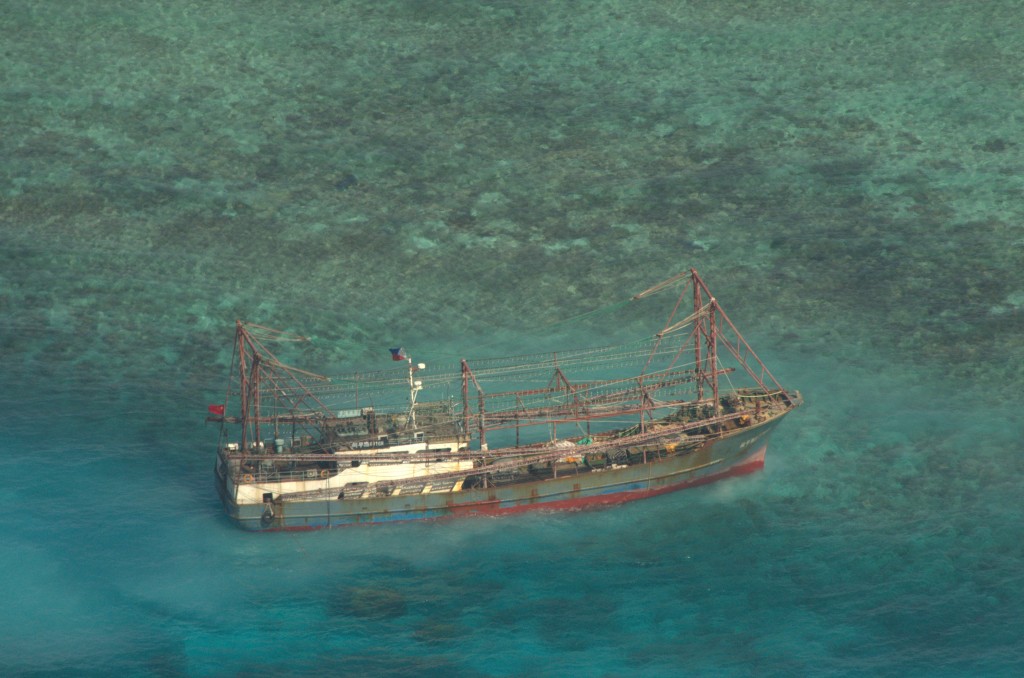 On 8 April 2013 a 48-meter (157-foot) Chinese fishing vessel ran aground on the North Atoll inside Tubbataha Reefs Natural Park, a marine reserve with a strict “no-take” policy. This is the second boat this year to collide with Tubbataha, one of the most diverse and productive reefs on the planet. It has been just once week since the shipwreck of US Navy vessel the USS Guardian was removed from the South Atoll, where it ran aground in January.

Marine park rangers sited the unnamed steel-hulled vessel (bow number 63168) 1.1 nautical miles east of the Ranger Station at 23:40 on April 8. They boarded the boat and found fishing nets but saw no fish or other marine life. Rangers report that the fishermen attempted to bribe them with US$2400.

The illegal vessel, which is estimated to weigh around 500 gross tonnes, remains grounded on the reef. The fishers will be brought to Puerto Princesa City by the Philippine Coast Guard to be charged by the Tubbataha Management Office and the Provincial Committee on Illegal Entrants.

The 12 Chinese fishers will face the following charges for violating the Tubbataha Act of 2009 (Republic Act 10067):

They will also face charges for corruption of public officials under Article 212 of the Revised Penal Code of the Philippines and administrative charges as provided in the Republic Act 10067.

The unnamed boat is the seventh Chinese fishing vessel apprehended inside Tubbataha Reefs Natural Park since 2002, including the controversial F/V Hoiwan case of 2006.