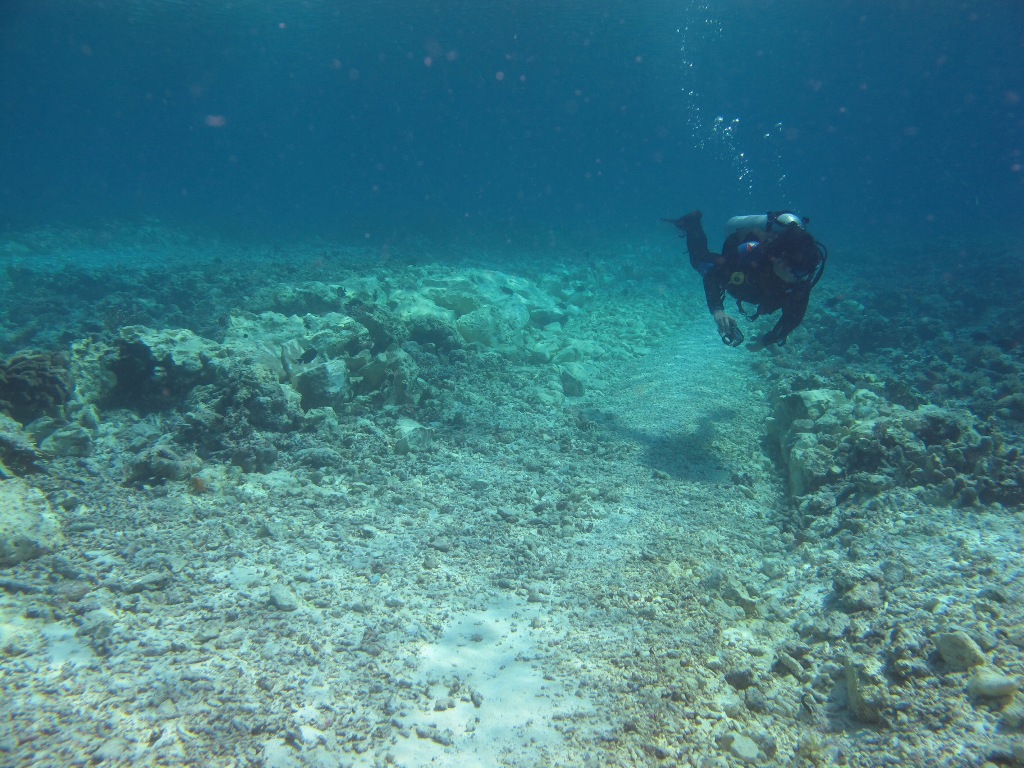 The ‘underwater highway” scraped by the Chinese fishing vessel in its grounding site in the North Atoll of the Tubbataha Reefs Natural Park.

On May 1 a team of scientists reported that F/V Min Long Yu, the Chinese vessel that ran aground in Tubbataha Reefs Natural Park on 8 April, destroyed 3,902 square metres of corals. This is 66 percent larger than the damage caused by the grounding of US warship, the ex-USS Guardian, in January.

“The damage the Chinese vessel caused to the reef is heart-breaking,” says Angelique Songco, Tubbataha Protected Area Superintendent. “Some of the massive corals that were pulverized are estimated to be about 500 years old.”

Dr Wilfredo Licuanan of De La Salle University (DLSU) led the team conducting the assessment from April 23 to 30. He was joined by marine biologists Miledel Christine C. Quibilan, Eznairah Jeung Narida and Renmar Martinez from the University of the Philippines-Marine Science Institute and Norievel España of DLSU. Also present were the Automated Rapid Reef Assessment System team (Philippine Department of Science and Technology) team, WWF-Philippines, Tubbataha Management Office and marine park rangers. The assessment work was supported by the WWF-Philippines and the Department of Environment and Natural Resources. 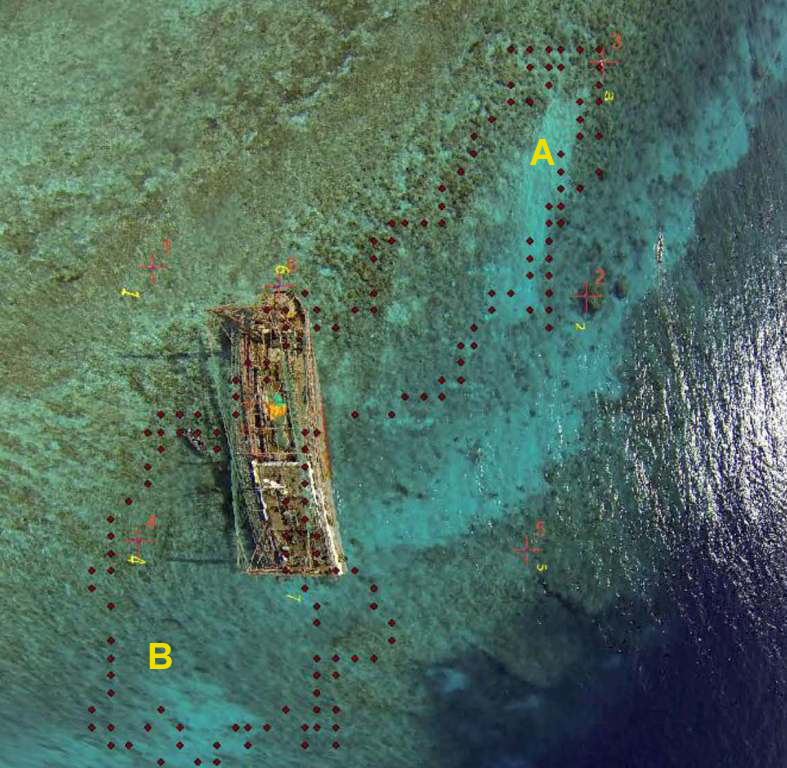 Aerial image of the area damaged by Min Long Yu, the Chinese fishing vessel that ran aground in Tubbataha Reefs Natural Park on 8 April 2103.

The damage extended from the original location (A) of the F/V Min Long Yu when it ran aground on 8 April to impact area (B). The unstable vessel was dragged by waves to its final position before it was pulled off the reef on April 19. It bulldozed through vibrant coral reefs leaving a highway of destruction in its wake.

For the first method, a GoPro camera attached to a kite was flown over the area to take images, which was then georectified to determine the size of the damaged area.

Research stations have also been set up in the area to monitor coral and fish recruitment rates. The next monitoring activity will be in October 2013.

The Tubbataha Management Office has sent an official communication to the Chinese Embassy and the Department of Foreign Affairs seeking assistance in identifying the person or company liable for the crimes committed. So far, they have received no response.

The 12 Chinese nationals, who are now facing criminal charges for violating Section 27 (Poaching) and Section 26 (Possession of Protected Species) of the Republic Act 10067 or the Tubbataha Act of 2009 and Article 212 (Corruption of Public Officials) of the Revised Penal Code of the Philippines, will also face administrative cases before the Tubbataha Protected Area Management Board (TPAMB).