18 August 2016 – The 1000th whale shark has been identified in Philippine waters, making the Philippines the third largest known aggregation of whale sharks in the world and the biggest in South East Asia, according to the online library Wildbook for whale sharks.  Whale sharks are identified by their unique spot pattern, and scientists all over the world use this pattern on the left side of their body to distinguish between individuals.  Researchers from the Large Marine Vertebrates Research Institute Philippines (LAMAVE) and WWF-Philippines have been adopting this technique for a number of years and together with submissions from the public the Philippines reached 1000 identified individual whale sharks this week. 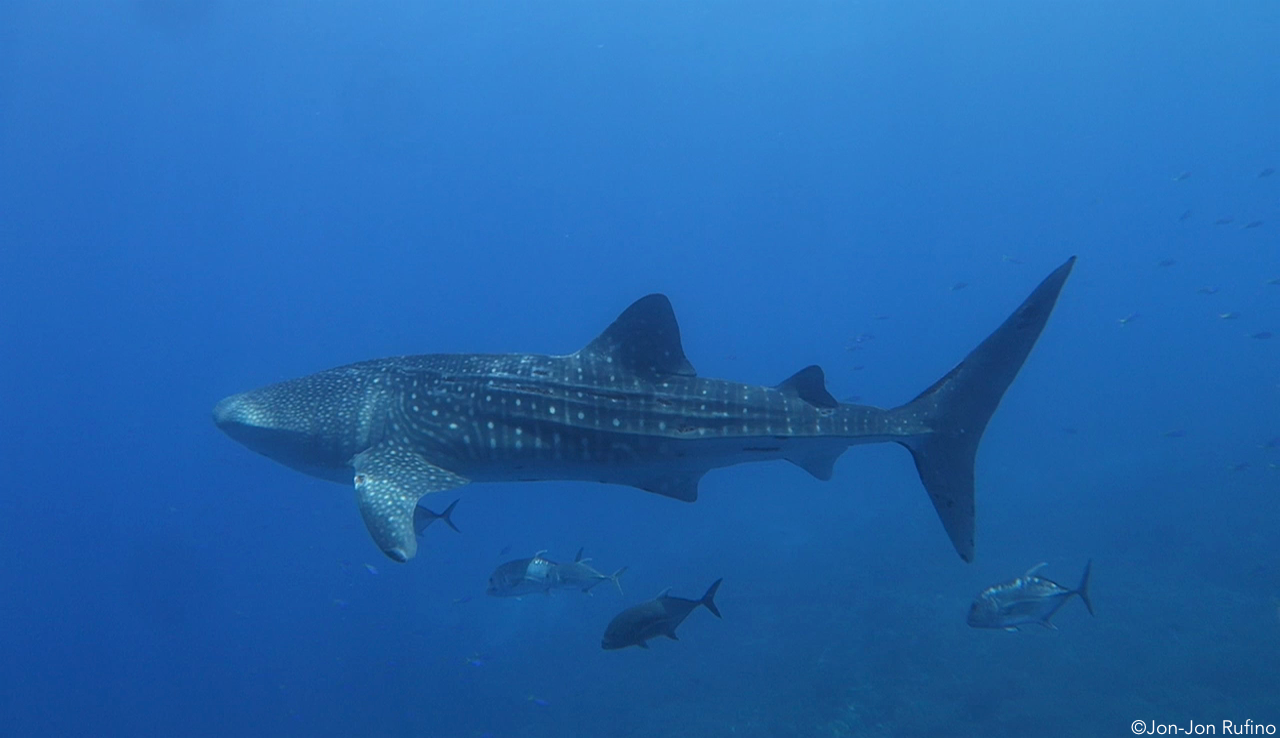 The 1000th whale shark is an incredibly important milestone for the country and one which every Filipino can be proud of.  Once coined as the capital of whale shark hunting in South East Asia, the Philippines changed the fate of the species in 1998 when it became the third country in the world to protect whale sharks under Fisheries Administrative Order 193. Since then, the population is showing signs of slow recovery.  Today this iconic species attracts thousands of tourists every year and even features on the 100 peso bill. 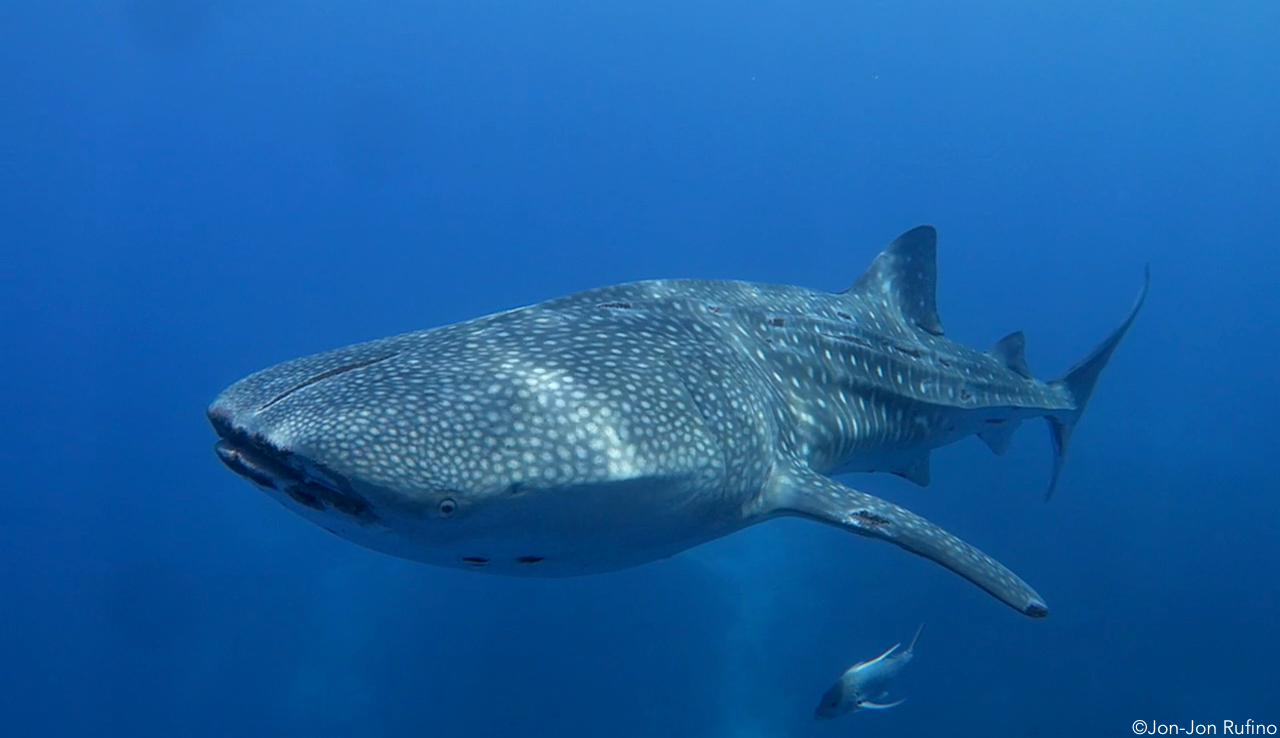 However, dangers lurk in the surrounding seas, meaning that it is now more important than ever to protect these animals.  Recently the species was upgraded from Vulnerable to Endangered on the IUCN Red List of Threatened Species, a consequence of the historical and ongoing threat of illegal fisheries, particularly in the South China Sea, and the fact that whale sharks are animals that make large scale movements across international borders.  Researchers from LAMAVE and the Marine Megafauna Foundation have been investigating the movements of Philippine sharks using satellite tags to better understand the implications of these threats to whale sharks encountered in Philippine waters.

The 1000th shark, was spotted by Mr. Jon Jon Rufino whilst diving in the Tubbataha Reefs Natural Park. Jon Jon sent the video to LAMAVE and the Tubbataha Management Office, as part of a citizen science project which encourages visitors to the park to contribute photographs and videos of their shark encounters to assess the biodiversity of the park.  Jon Jon’s footage revealed that the shark is a juvenile male, similar in size to the juvenile sharks we see closer to shore in Donsol and Southern Leyte.  Jon Jon’s encounter is one of an increasing number of sightings in Tubbataha Reefs Natural Park in the past few years.  To date Tubbataha Reefs have contributed a total of 65 individuals to the national catalog of whale sharks, with additional individuals pending upload.  These figures highlight the importance of the park for the largest fish in the sea.

To mark this milestone, the 1000th shark will be nicknamed “Pangga” (short for “Palangga,” which means beloved) to honor the Philippines’ relationship with this enormous shark, which we hope will continue to be an iconic species for the country long into the future.

The 1000th whale shark on WildBook for whale sharks is available to view here: